Joe Olimpi has been practicing elder law since 1979. He spent the majority of his legal career working as a public interest lawyer serving the elderly population in Allegheny, Beaver, Butler and Lawrence Counties. During his tenure as a public interest lawyer, Joe managed contracts under which legal services were provided to older adults under the Title III-B contracts in the region. In addition, most recently, Joe has served as an attorney assisting with the Elder Law Project, a project designed to serve poor and vulnerable older adults in Western Pennsylvania. 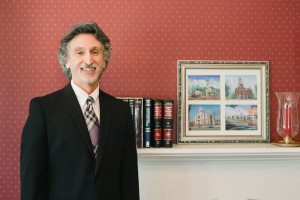 Joe was responsible in large part for designing and spearheading the Older & Wiser Project, a program launched in 2003 that continues to deliver quality legal information seminars to older adults, their families and caregivers through the collaborative efforts of state legislators, public interest lawyers and the private bar. Joe authored many of the educational materials associated with this Project and gathered the financial support necessary to make this Project a resounding success. The Project provides information to older adults on such topics as: Protection through Powers of Attorney and Living Wills, Dealing Effectively with a Healthcare Facility, Guarding Against Senior Fraud, Understanding Retirement Benefits, Learning about Last Wills and Living Trusts, Avoiding Missteps in Medicaid, and Predatory Lending and the Elderly. The Older & Wiser Project received the prestigious Emil Gumpert Award, an award presented by the American College of Trial Lawyers to programs with the principal purpose of maintaining and improving justice.

In 2014, Joe received the Beaver County Bar Association Joseph S. Walko Award. The award recognizes his dedication, commitment, and service to the community.

Joe has extensive experience mentoring and training new attorneys. He has over twenty-five years experience in deployment of technology and technology management. He is well respected within the profession and serves as a resource for other attorneys in the areas of elder law, guardianship proceedings, protection of the elderly against fraud and abuse, and dealing with healthcare facilities. Joe teaches and trains Older Adult Protective Services caseworkers.  In addition, he has been a trainer through Temple University’s Institute on Protective Services.

Joe currently sits on the Pennsylvania Supreme Court’s Elder Law Task Force. The task force is chaired by Justice Deborah Todd and studies the problems with guardianship, abuse and neglect, and access to justice being faced by older Pennsylvanians.

In 2015, Joe was appointed by Justice Deborah Todd to the Pennsylvania Supreme Court’s Advisory Council on Elder Justice and the Courts.

Joe resides in Sewickley with his wife. He and his wife, Deb, enjoy traveling and visiting his daughter, son-in-law, and grandchildren in California.